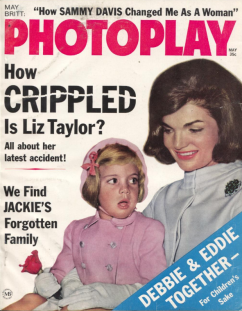 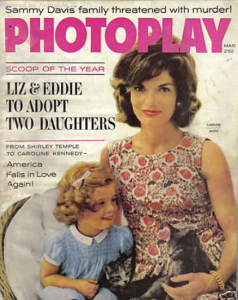 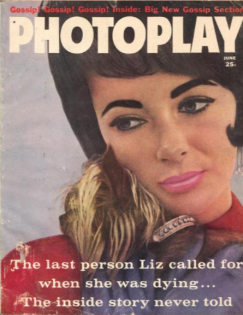 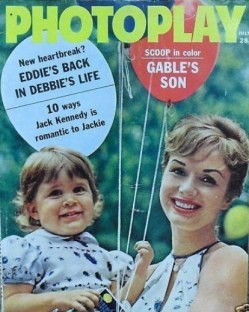 Cover girls:
After a few months away, the perennials are back!
May 1961: Debbie makes a triumphant return to Photoplay’s cover
June 1961: As does Elizabeth Taylor, with her adorable dog
July 1961: Debbie again, with Carrie Fisher
Aug. 1961: And if it’s Tuesday, it must be bedlam: Tuesday Weld 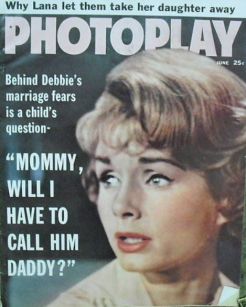 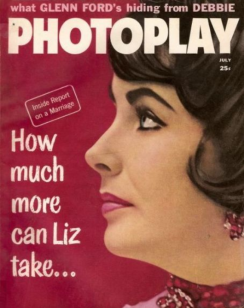 Continuing with 1960, we see the usual suspects: Tony and Janet, and Debbie and Liz.

And here are Tony and Debbie from the July 1960 issue: 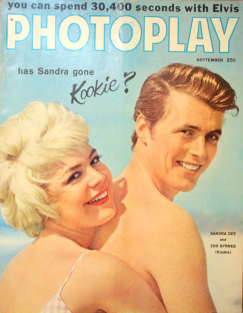 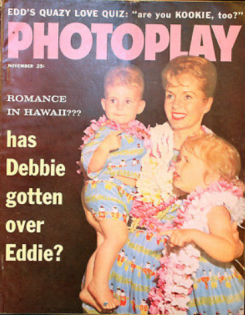 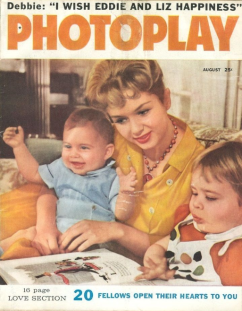 May 1959: Janet Leigh and  Tony Curtis, along with Kelly Curtis and in Tony’s arms, Jamie Lee Curtis

January 1959: Debbie along with Carrie and Todd Fisher, plus an adorable doggie